We have all heard of John Dewey.

The native of Burlington, Vermont, (1859-1952) has been on U.S. stamps; he protected academic freedom by co-founding the American Association of University Professors (AAUP); his articulation of inquiry undergirds most student-centered and service learning teaching approaches; he was one of the foremost contributors to the development of (despite his disdain for the term) Pragmatism, perhaps America’s greatest contribution to philosophy; and he most likely occupies a full shelf in your university library, having written copiously for over sixty years on pretty much everything, from education to politics to anthropology to social psychology to aesthetics to ethics to communication. There is perhaps no one more prominent within the American educational consciousness than Dewey.

But do we really know John Dewey?

Writing from the late nineteenth to early twentieth centuries, Dewey is usually—and rightfully—associated with thinkers from a wide variety of fields of study, who loosely became known as the Pragmatists.

Their shared label has little to do with their respective area of study, however. With William James in psychology, Oliver Wendell Holmes in law, and C.S. Peirce in linguistics, Dewey and others were held together by nothing more than a spirit for trying to cope with everyday, modern American life: “Philosophy recovers itself when it ceases to be a device for dealing with the problems of philosophers and becomes a method, cultivated by philosophers, for dealing with the problems of men” (“The Need for a Recovery of Philosophy,” 46). In his account of the Pragmatists, Louis Menand writes that this group shared “an idea about ideas,” proffering the notion that “ideas are not ‘out there’ waiting to be discovered, but are tools—like forks and knives and microchips—that people devise to cope with the world in which they find themselves” (xi). Dewey’s ideas about education were just that: tools for coping with the traditional, inactive pedagogical environment during his time that he saw as inadequate for educating an increasingly diverse, non-rural democratic populace and as neglecting, to put it in his terms, the problems of men.

Dewey understood education in its broadest, almost anthropological sense: education was a “necessity of life” for the carrying on the values and habits of older generations and also served the “social function” of creating the conditions for individual student growth—a sort of collective individualism. Creating conditions for student growth depends, of course, on the localized context and student bodies and requires a significant amount of agency granted to individual teachers. Thus Dewey’s approach was not prescriptive or reductive or trendy, and he did not advocate for one style of teaching, as he thought that pedagogical precepts and prescriptions delimited such conditions of growth:

Nothing has brought pedagogical theory into greater disrepute than the belief that it is identified with handing out to teachers recipes and models to be followed in teaching. (Democracy and Education, 199)

With teaching framed as an organic process, effective pedagogical theory stems not from top-down administrative initiatives

that assume ubiquity of experience but from a responsiveness to the specific, unreplicable needs of the (hopefully) twenty or thirty students occupying a teacher’s constrained space. The decline of public trust in educators goes hand-in-hand with the increasing scripting of the art of teaching from those who have never acted. We can all relate to this, and lament this state of affairs that robs educators of agency and public appreciation. Reading Dewey makes one yearn for the apparent golden days of education, where teachers could create their own classroom culture, compose their own “My Pedagogic Creed” (1897) steeped in years of experience and trained expertise.

But Dewey would want us to get over it.

Dewey would not want us to yearn for an abstract ideal seemingly unattainable but rather would want us to realize our surrounding habitat and re-focus on our role as servants to the community, using what resources are already at our disposal in meeting this end:

I appeal to the teachers in the face of every historical wave of emotion, and of every subtle appeal of sinister class interest, to remember that they above all others are consecrated servants of the democratic ideas in which along this country is truly a distinctive nation—ideas of friendly and helpful intercourse between all and the equipment of every individual to serve the community by his own best powers in his own best way. (“Nationalizing Education,” 210)

It was precisely because education was the transmission of social and cognitive habits that Dewey saw potential for reform. If education was cultural transmission, and the public school system was, as he saw it, subservient to the surrounding community that supports it, then the goal of educational and administrative philosophy should be to have the school be not only a reflection of but a generator for the pluralist nature of democratic life.

Ever the optimist—he did at one time define immaturity in students as the “ability to develop”—Dewey would not accept apathy or political vitriol or staff-room negativity or disdainful Facebook posts about Michelle Rhee’s anti-union or dictatorial style of educational reform manifested as a result of the increasing concern to make teachers simply the enactors of recipes.

For teaching whatever the latest initiative is is not in fact the education Dewey writes about: “We never educate directly, but indirectly by means of the environment” (Democracy and Education, 22).

If we adopt a philosophical attitude that “teaching” is not our own inculcation into and delivery of the latest misguided educational reform, but that “teaching” is broadly the environment we set up and modeling we do on a daily basis, then what can we teach through modeling given the constraints we have? Aren’t constraints just opportunities to model resourcefulness as a social skill? And is this not one of the utmost values and habits to pass down to future generations? I am not justifying the state of affairs, and quite often lament them, but change for Dewey happens incrementally, in the small moments of promoting habits of pluralism, collaboration, and genuine inquiry. If we are skilled, we can locate and emphasize these moments with our students. A Deweyan approach to education is not only necessarily one of radical political reform, but one of first realizing the conditions within which one is operating and creating as much meaning as one possibly can.

Dewey’s key contribution to educational theory, at least for me, was the very notion that there is no set theory. Every theory devoid of real experience will fail. Every idea that seeks to work towards certainty is destined to be ineffective from its very inception. There is only attitude. A philosopher’s job is not to find and articulate immutable ideas that are true across circumstance; the philosopher’s job is to cultivate an approach to ideas that refines them through practice, an attitude about the way we think that uses personal and social usefulness as its metric. That is the way Dewey coped with the transition of America into its modern state. And this might reflect a way educators can cope with the consistent propounding from above. Teaching, like philosophy, is simply the enacting of an attitude towards the world. What is our attitude?

So, does Dewey have staying power? That is, can reading “My Pedagogic Creed” from 1897 and Democracy and Education from 1916 inform or reinvigorate our own current teaching practices in classrooms surrounded by administrative delimitations and material constraints and digital technologies absent from Dewey’s own experience?

I believe it can—and will. 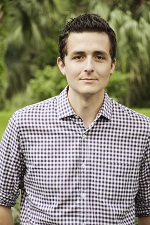 Daniel Richards teaches at Old Dominion University. In addition to his work on rhetoric and technical communication, he has published many pedagogical texts for students. His previous writing on Dewey includes an essay on digital pedagogy in Computers and Composition Online. He has presented work on teaching and learning at conferences in the United States and Canada. While a doctoral student at the University of South Florida, he won the prestigious Provost’s Award for Outstanding Teaching by a Graduate Teaching Assistant. Currently, he is the recipient of a $20,000 grant for a faculty learning community focused on improving student writing in STEM. He also serves on the advisory board for Teaching & Learning in Higher Ed. More info on his website. Follow on Twitter at @dprichards

3 responses to “Teaching as Attitude: The Staying Power of John Dewey”